Why Are Questions about Virtual Networking Appliances "Off Topic"

I asked a question earlier today https://networkengineering.stackexchange.com/questions/9596/how-to-configure-source-nat-private-ip-public-ip-outbound/9599#9599 which is currently flagged as "On-Hold" for being Off-Topic.

Per the Help Center link, Zentyal specifically would seemingly be a "Prosumer" Product as it fits every criterion:

Further, this isn't just a "server" that "happen[s] to have a firewall included" and any number of other things, it is installed and configured as a gateway and virtual appliance, effectively acting as though it were a piece of hardware I plug all the VMs into (like a SonicWall). The question itself had very little, I would argue next to nothing, to do with the underlying OS/Distro, or even the software in use. I asked in networking because I would expect networking experts to be able to interpret the terminology in use, and help to translate it to something a non-power-user/NetOps could wrap their head around. I certainly wasn't asking about an error I received during installation, or anything exclusively related to the OS.

Also, the question seems to be deemed On-topic per Does the scope of this site extend to virtual networking? and Virtual Networking Questions .

I guess I'm having trouble understanding specifically why this would be considered "Off-Topic" for a Q&A site dedicated to Networking. I feel like, while not unheard of, it would be somewhat unreasonable to expect a *Nix expert to be wholly familiar with the various ways networking terminology might be used or associated, just as it would be unreasonable to expect a networking expert to be able to explain the details surrounding SELinux or something like that. I know if I'd gone to Freenode and posed this question in #ubuntu, I would almost definitely have been strongly suggested/advised to ask in #networking, as #ubuntu would consider this off-topic for them.

Granted, IRC can be fickle, and the SE network is not Freenode, but their structure and organization are fairly similar.

Can someone provide some specific reasoning as to why the question in question would be off topic? Perhaps I'm not seeing the importance of some piece of minutiae that would make this the case. Or perhaps the way I asked the question made it seem more about Zentyal/Ubuntu than it actually was, or maybe the person who flagged the question misunderstood the intent of the question. His commentary makes me think he felt the question had more to do with the Distro than the networking, but I feel like I could strip it all down and the question itself would likely remain fairly unchanged. I provided details about the Distro/Product only as context, but as stated was merely interested in understanding what each field in the config was specifically requesting of me for input.

Per the Help Center link, Zentyal specifically would seemingly be a “Prosumer” Product as it fits every criterion

Admittedly I have to make a judgment call in this case, but you’re stretching things to call this prosumer networking gear. Zental is a software distribution marketed as a drop-in replacement for Microsoft Small Business Server. 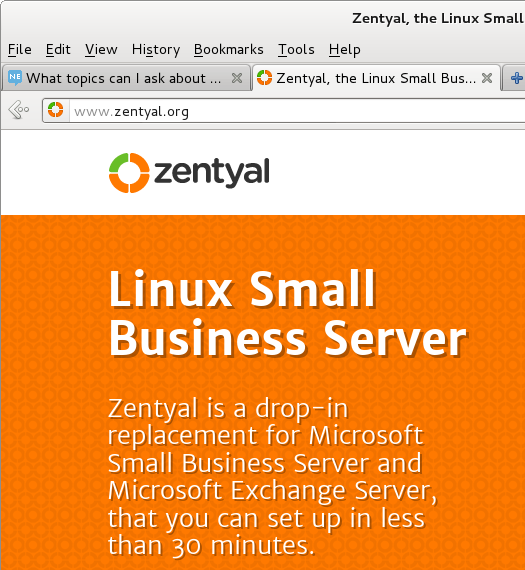 We intended prosumer gear category to be a relatively cheap hardware appliance along the lines of the Zyxel ZyWall USG50. I would concede the point that the help center is ambiguous about the requirement for an appliance; perhaps we should re-word the help center to make the appliance part of things more clear.

Another point worth mentioning is that there are other Stack Exchange options to get support for Zental. ServerFault certainly looks possible, as does Ask Ubuntu.

Not the answer you're looking for? Browse other questions tagged discussion .

The Overflow Blog
Featured on Meta

8
Does the scope of this site extend to virtual networking?
4
Virtual Networking Questions
2
Why can't I ask any Networking question on NE?

4
Virtual Networking Questions
0
Why are my edits being rolled back?
9
Why, oh why was this marked off-topic?
3
Reasoning for this question being off-topic
4
Off-topic confusion
3
100% networking-related question put on hold as off-topic
1
Clarification about rejected Flags